How to install Foreman properly on Windows (Heroku Toolbelts) 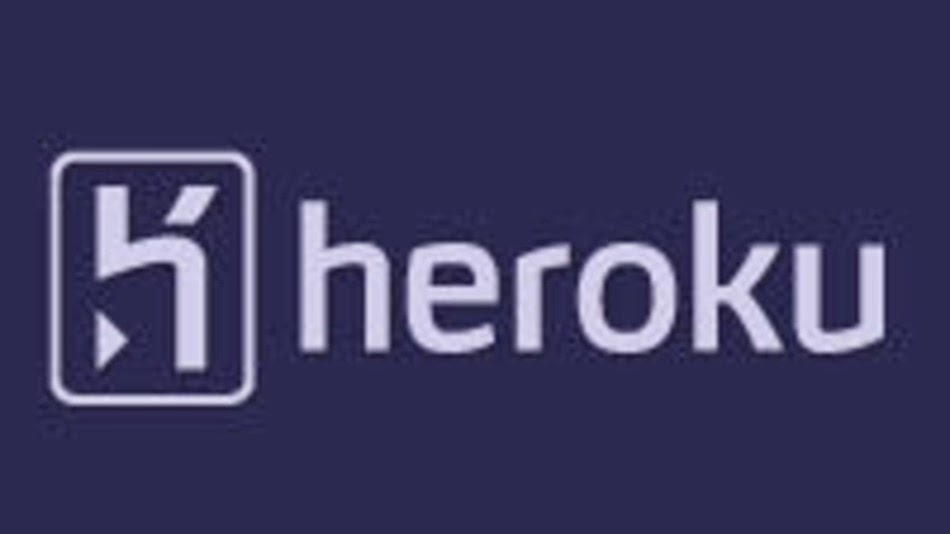 Today i'm learning Node.JS and my most favorite service to deploy my test app is always heroku. Unfortunately, i gave up on Ubuntu couple months ago and currently using windows so i actually need to install Heroku Toolbels on windows. Problem is, it's way more buggy than linux system ... 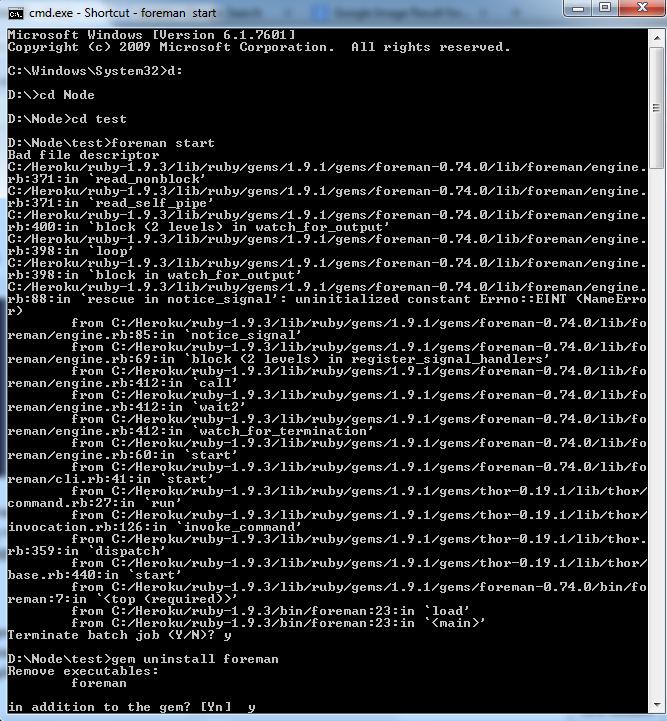 The only problem that took me around half an hour to fix is the Foreman, pretty much no matter how I try to fix it, i always get the error of "Bad File Descriptor". I googled around and there are couple way to fix it but somehow it lead to another minor bug. So here is the complete way to get rid of that problem: (i'm currently using heroku Toolbelts 3.9.1 as of today)

1. Remove your heroku toolbelts (also the ruby package) from Control Panel\Remove and Uninstall
2. Install toolbelt at c:\Heroku, problem with this tool is that it cannot read the "white space" so when you try to install it to "Program Files" it somehow misreads the directory.
3.  Right click on My computer -> Properties -> Advanced System Settings -> Advance -> Environment Variables. In the bottom box "System Variable" find PATH, click on "Edit" and add these to the end: C:\Program Files (x86)\git\bin;C:\Heroku\ruby-1.9.3\bin     (Note that the ruby folder may change depends on the version you are running)
4. Your foreman can run now but not properly because of its version. Let remove the current version (0.63) by typing in the console: gem uninstall foreman
5. Then reinstall the previous version: gem install foreman -v 0.61

It should works properly now. Good luck with that :D

If you have any questions, please feel free to comment down here or reach me on my facebook page. I will get back to you as soon as I can! Thank you.